Subscribe to our Newsletter and get informed about new publication regulary and special discounts for subscribers! 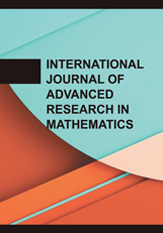